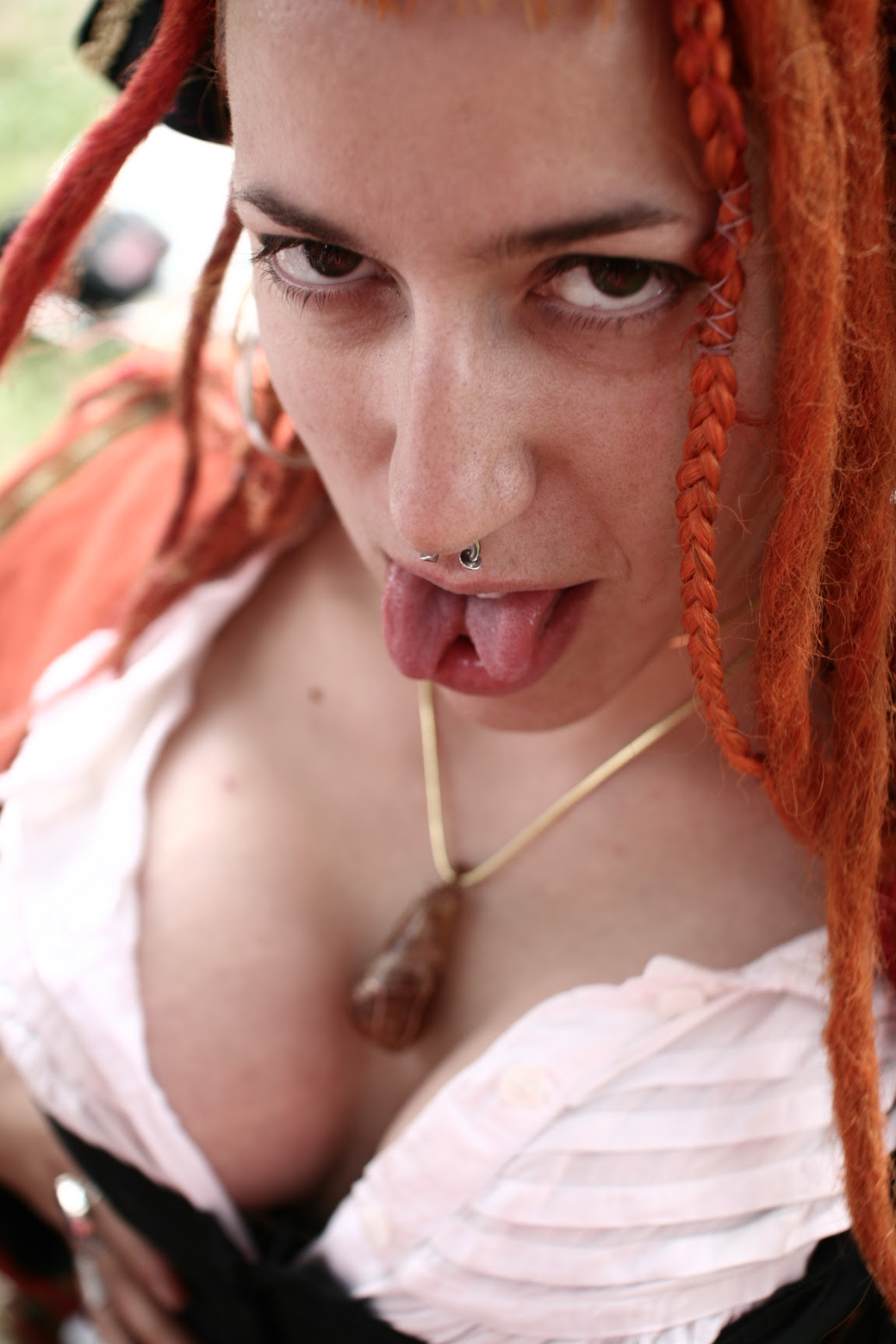 In my ethically-questionable post "How to Convince Your Partner to be More Sexually Adventurous", I gave quite a few "tactics' to reduce inhibitions. A reader commented and asked specifically about methods to convince her boyfriend to perform oral on her. He had tried it in the past and it made him throw up.

This situation isn't at all uncommon. Stereotypically, we usually think of guys trying to convince their ladies to give head... but the problem seems to be evenly spread among genders. There are lots of possible solutions, not all of which may be viable. I'm going to frame the solution for women with significant others that won't give them oral, but the genders can be interchangeable. Let's look at a few:

1. Dump him. If the relationship isn't terribly serious, you don't have much invested, and you really like receiving oral, this is a simple, straight-forward solution. When it comes to performing oral, people seem to fall into one of three categories:


If your partner is in the last category and you really love oral, it may be easier to find a dude in the first group.

2. Bargain. If your partner is in the middle group, this can be as easy as a simple negotiation. "I'll cook you your favorite dinner in exchange for a little licky-licky." Or, "I'll spank you with that hair brush if you go down on me." Whatever. You get the point.

This method probably won't work for the last group since they're probably not gong to get over their negative physiological reaction based solely on the promise of a reward.

3. Extort. If your partner refuses to preform oral, you can always withhold sex until they comply. You could also threaten to scratch their Celine Dion CD collection, shave their dog, or send embarrassing photos to their relatives. I definitely DO NOT recommend this method, but it's an option.

4. Find a pinch hitter. There are plenty of dudes out there that fall in that first category. Depending on the nature of your relationship (or your loose morals), you can always find a willing tongue.

5. Use science. Okay, so I'm a psychology geek... but it's incredibly useful in the bedroom. If the boyfriend is willing to try to overcome their negative reaction, this method will work exceedingly well. We're basically going to move them from that last group to the first group using classical conditioning (I wrote about this before in this post.)

Odds are good the boyfriend developed the idea that the vagina is gross at some point in his life. Could have been friends, relatives, movies, just ignorance... whatever. He's likely developed a taste aversion, which is nature's way of keeping our ancestors from eating poisons. It's involuntary and stubborn.

Our goal is to get him to love vagina. We're going to accomplish this by making the smell and taste highly arousing during multiple sessions over the course of a few days or weeks. The theory is simple- the boyfriend will masturbate. Immediately before orgasm, he'll be exposed to first the taste, then the smell of his girlfriend's vagina (taste isn't as sensitive as smell, so it's a "smaller" step, so to speak.) Repeated exposure will create an association between the taste and smell and the endorphine and dopamine dump that occurs in the brain at the point of orgasm. Here's the process:

Days 2 and 3: Repeat this process.

Day 4: Use the same process, except remove the nose plug. This will add the smell to the mix. After the six trials from the previous three days, an association should already be forming so the smell should be registered as pleasurable. Even if it's not, the orgasm will trump and residual negative physiological reactions. Do this once in the morning and once at night.

Days 5 and 6: Repeat this process.

Day 8: Same deal, but give the signal 15 seconds before orgasm.

Day 9: Extend the warning to 20 seconds.

Day 14: The day of truth. Assume the same position and setup as the previous day. This time, the girlfriend will lower herself onto his mouth about 15 seconds before he orgasms (bust out the warning signal again.) Do this twice throughout the day.

After two weeks, the taste aversion to vagina will have been converted to a strong vagina fetish. If he's still squeamish about the sight of vagina, he can keep wearing the blindfold for a few days.

Yes, fourteen days IS a long time. Yes, it does take persistence and work. It's an enjoyable process, though. If you have a significant other that doesn't like oral and you happen to love receiving, I bet you wish you read this two weeks ago, huh? I guarantee he'll be going down so hard, James Cameron will want to make a movie about it. ;-)

Like most sexual matters, this problem has multiple solutions. The five I gave WILL solve the problem. If your partner really hates giving, start with the last method. If they're not willing, then consider the other options.

Life is too short to not enjoy some good oral.

Posted by Alex Hamilton at 3:45 PM