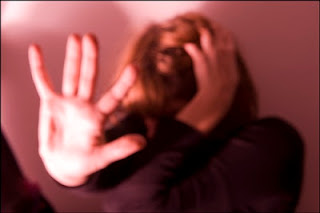 Few people would argue sex isn't an innate drive. We crave it. Why? Based on research, we know sex is rewarding on a variety of levels. Also, it's needed for the survival of our species. The evolutionary value is unquestioned.

But what about other human behaviors like aggression? Could we have a drive to engage in aggressive behavior? In some cases, it could serve an evolutionary function like defense of territory, hunting for food, or protecting young. It can also backfire if we're killing each other.

In an attempt to answer this question, some researchers conducted a fascinating experiment involving mice. They manipulated their environment then played with the brain chemical dopamine (same neurotransmitter that makes us feel really good). They found that blocking dopamine decreased the likelihood of mice engaging in aggressive encounters. In short, aggressive behavior was rewarding. The researchers speculated that a similar mechanism could explain why humans engage in aggressive behaviors.

Why would we have these aggressive tendencies? There's a pretty good chance they served an evolutionary purpose.

Based on this idea, it is easy to see why events like the recent Connecticut shooting have taken place- we're innately aggressive.

Like any question in science, there's support for both sides of any issue. Alfie Kohn, the author I discovered as a teacher, wrote an excellent piece summarizing the argument and supporting evidence that humans are not innately aggressive. This is a MUST READ. I really like Kohn's point about more "advanced" societies being more violent, which hints that aggression could be a function of the individualistic/materialistic lifestyle we choose to live here in the United States.

Personally I think this issue is far more important than issues like gun control. This hits at the very heart of our destructive behaviors, especially when answering the question of why.

If aggressive behaviors are innate, we can take steps to redirect the behaviors in a more socially-acceptable way.

If aggression is learned and engaging in aggression just promotes more aggression, we can take steps to become more peaceful.

Unfortunately there's strong evidence supporting both positions. Pundits use said information to promote their agenda, but they're doing so from a position of ignorance. Once we answer that question of the origins of aggression, we can go about actually reducing incidents of aggression. Until we do, any steps we take to curtail violence may actually make the problem worse.