Why Do Beta Males Think All Alphas are Assholes? 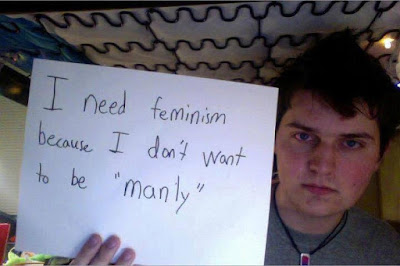 This is an interesting question that was posed in my San Diego Man Camp Facebook group today. Since it really hits at the heart of the distinction between alpha and beta male mindsets, I decided that it warranted more in-depth analysis. I've written quite a bit on beta males, but haven't addressed this specific question. It's exceedingly common to hear betas asking the question "Why do women like assholes?"

The problem, of course, is that the vast majority of women do not like assholes. Rather, the beta male doesn't possess the ability to discriminate normal "courting" behaviors from truly asshole-ish behaviors. So why does this happen? Here are a few reasons:

Betas have been conditioned that women love weak, vulnerable, sensitive men. This leads the beta male to completely defer to women in every way possible, even going as far as adopting as many feminine characteristics as possible. The beta male rationalizes this by assuming all women are weak creatures live in constant fear of male violence (hence the popularity among betas of supporting "rape culture".) Of course women are not weak porcelain dolls that need to be handled with kid gloves.

Betas are really bad at discriminating between assertiveness and douchiness. When you're a hammer, everything looks like a nail. When you've internalized a narrative that women love weak men, it's totally natural to assume any man that doesn't defer to and place women on a pedestal are misogynistic, paternalistic assholes. This also feeds into the mistaken beta belief that their willingness to grant women "goddess" status automatically gives them a virtuous-but-pretentious moral high ground. This belief that they're genuinely superior to alpha males is part of what leads to anger towards women when they face the inevitable rejection.

Envy clouds beta judgement. The moral superiority betas believe they possess eventually fuels a much more negative emotion - envy. The typical beta will usually develop a "crush" on a particular woman, worship her from afar, then react with bitterness when that woman rejects his ambiguous advances but totally falls for the alpha that didn't play his "too scared to approach" game. That results in envy, which is almost always manifested in anger. That anger is always directed toward the alpha ("I hate those asshole jocks that have zero respect for women!") or, less commonly, towards the woman, too ("God, she must have really had a messed up childhood to fall for that asshole!") In both cases, the reaction is an ego defense mechanism that assures the beta will fail to attribute his lack of success to his own disposition.

Betas don't understand that alpha behavior with women is based on the principle of abundance, not scarcity. Betas tend to believe in the idea of soulmates; there's one special woman out there that will love them for the person they are. Approaching women and dating is basically a mechanism intended to identify and seduce that one special snowflake. That narrative is reinforced when betas get rejected ("Well, she clearly doesn't appreciate my skinny jeans and "Feminist" t-shirt; she can't be "The One.") For the beta, saying "no" to a woman would be as unimaginable as slapping her for not reading the latest Jezebel article. Alphas, on the other hand, operate on a principle of abundance... there are a lot of women out there that would lead to a fulfilling relationship. Because of this, alphas have the power (i.e. - confidence) to reject women, which is a powerful indicator of value. Alphas understand the economics of love. Betas? Not so much.

Betas assume women's responses to them are the same responses they give to all men. Here's the situation - a women will tell a guy she doesn't like being approached by annoying men, and the dude assumes the woman doesn't like assertiveness. The dude fails to realize the women's response is basically the same response she'd give an Amway salesman... she "already has a supplier for useless supplements and cleaning products." In other words, she's telling him that because she doesn't want that particular male to hit on her. This tends to drive men crazy because men usually don't communicate in such an indirect way. The beta male's inability to really "get" women is usually the very reason they're a beta in the first place, and this situation just makes matters worse.

Unfortunately for the beta male, the mindset is self-reinforcing even though it results in failure after failure after failure, which prevents the beta from objectively evaluating the efficacy of their mindset. When the beta strikes out, he can fall back on the belief that the particular woman he was attempting to seduce either wasn't his type, wasn't "good enough" for him, or the worst conclusion of all - there must be something fundamentally wrong with her. In reality, he just wasn't good enough for her which he confirmed with his beta seduction strategy.

This situation gets worse for beta males that DO land a woman for a long-term relationship, which almost always happens when a woman begins to realize her options for a male that can provide for her are dwindling (usually in her late 20's to early thirties.) Her hypergamy drive shifts from focusing on alphas to securing the highest value mate possible. The highest value females secure alphas that possess long-term relationship traits. The next-highest tier of women attracts alphas that have potential for long-term relationships (the "taming the bad boy" phenomenon.) What's left are women that have to sift through the available betas and grab the best they can manage to get.

For the beta male, this feels like a significant victory. After years of rejection and getting friend-zoned, they finally get the girl. Life is great! Until the honeymoon period wears off. After two to maybe about four years, the sex cools down and the woman begins to feel less and less arousal towards their beta male husband. She begins wondering if she made the right choice and begins yearning for a more arousing alpha partner. Interestingly, this usually causes her to stop giving her husband the admiration and respect she gave earlier in the relationship (along with kinky, passionate, spontaneous sex.) That causes the beta male to begin questioning if she was indeed his soulmate like he previously thought. The net result - one or both partners begin wondering if the grass is greener on the other side of the fence, and one partner typically gets blindsided with an unexpected end to said relationship. For too many couples, this results in the end of what would otherwise be a good relationship.

The beta male has a piss-poor prognosis because no intervention will convince them they're wrong until they hit the proverbial rock-bottom. Simply being romantically rejected by women and socially rejected by men isn't enough; they usually need to experience having their souls crushed. This is a major reason I don't spend a lot of time and effort trying to convince betas their mindset is a recipe for disaster. Overcoming the defense mechanisms beta males construct to rationalize their approach to life is a Herculean task. It's far easier to show up and help them sift through the rubble to assist in the rebuilding process.