Penis too Small or too Big or too Average? Learn to Work With What You Have, Man.

A few days ago, an article showed up reporting on a meta-analysis of penis size by British researchers hilariously titled "Am I Normal?" Even more entertaining, every single article written on the study read like it was written to reassure men that, regardless of their penis size, everything would turn out okay. They're obviously acutely aware of this being most men's greatest insecurity.

Naturally, I had to discuss it.

Penis size is one of those really weird topics that cause far more angst than it should. I don't know a single male that hasn't at one time or another felt self-conscious about the size or appearance of their dick. Guys really want to know, as the authors noted, if they're normal. Well, now we have a pretty decent answer (though we've had the answer for decades... this is probably the most statistically-valid attempt at figuring out averages.) 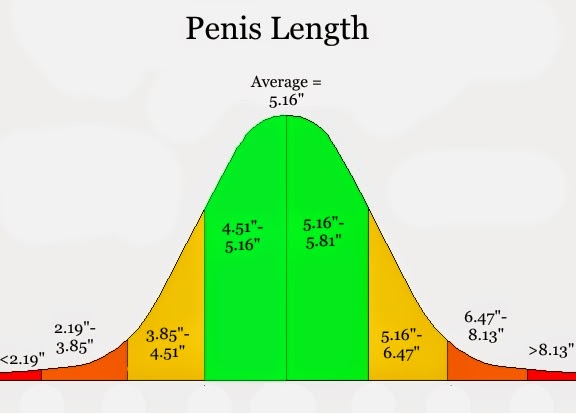 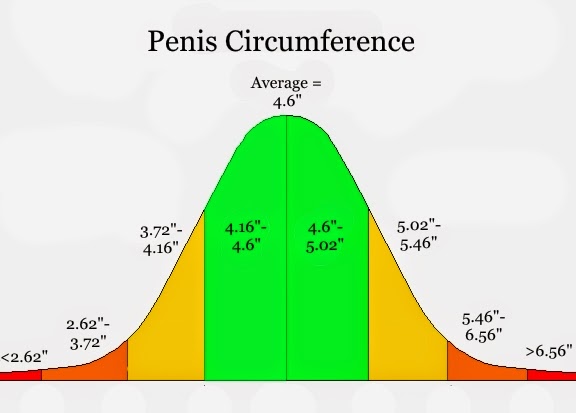 So now that we got the stats out of the way and determined where we rank relative to the average dude, let's talk about what we're really concerned about - does size really matter?

The quick answer - Yes. Yes it does.

The not-so-quick answer - Size matters, but not in the way most guys (or women) always think.

The authors of the meta-analysis note previous research that suggests 85% of women are satisfied with their partner's penis size. Remember that. When your lady tells you to stop worrying about size, fucking listen to her. If she has to tell you she's satisfied, odds are good she's sick of you being a self-conscious whiny bitch. Your pissy attitude is making the sex far shittier than your penis ever could.

That didn't help at all, did it?

Us guys are usually so self-conscious, no amount of reassurances will eliminate the insecurity. Don't worry, I have the solution. In the Facebook post on the topic, I said something to the effect of "Penis size doesn't matter, however, if you're more than a standard deviation in either direction (big or small), you'd better learn some alternative skills." Let's talk about what those skills involve for dudes that are too small, average, and too big. I separate the groups, I'll use the researchers' standard deviation. The "average" sizes fall within one standard deviation of the mean; the "small" and "large" groups extend in their respective directions.


Before we tackle each size, there are a few truisms or qualifiers the we need to discuss. First, the woman matters. Some women really do like giant cocks, but that seems to be fairly rare. Not all women like being fucked by soup cans (thanks for that one, Mike!) Second, the vagina is an incredibly adaptable muscle that can accommodate an impressive range of sizes and shapes. Third, most women seem to be infinitely more turned off by guys' attitudes about their penis than the actual penis regardless of size. Finally, it's important to understand the anatomy of the vagina. Specifically, the vaginal walls contain receptors that detect touch, pressure, and deformation (like stretching.) These receptors are what get stimulated during sex. This usually isn't the most important kind of sexual stimulation to most women, but it's still a source of pleasure. Keep these points in mind.

Help, my cock is too small!

The biggest functional problem with a modestly-hung penis is the decreased ability to stimulate the receptor cells in the vaginal wall during sex. The biggest practical problem with a small penis is a lack of confidence. Combine the two and you'll end up with a really shitty lover.

The solution is to understand your limitations and develop compensatory skills. For starters, those sensory receptor cells in the vagina aren't the primary nerves that induce orgasm in most women. That's the role of the clitoris. Specific to intercourse, dudes with small penises can learn thrusting techniques that will use the man's public bone (above your dick) to grind against the clitoris in positions where the partners are facing each other. Also specific to intercourse, dudes with small penises can be A LOT more aggressive with thrusting because there's less chance of bruising the cervix or walls of the vagina.

Most guys with small penises out of necessity or desire to compensate, will develop excellent foreplay skillz. Work on non-intercourse skillz like kissing, massage, oral sex, building her to a plateau and backing off, etc. Study anything and everything you can. Learn as much as you can about female anatomy, the process of physiological arousal, and the art of slow seduction. Basically act like you're training to be the world's greatest lover. Pro tip: Don't tell your partner you're a sexual Olympian. When it comes to sex, ALWAYS let your actions speak louder than your words. 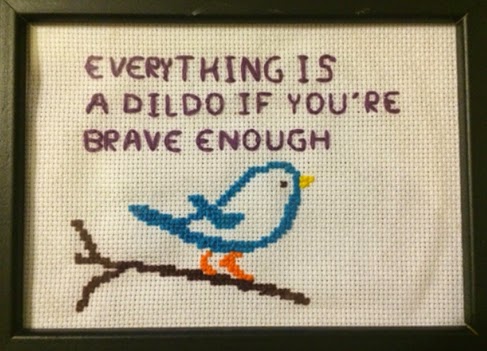 The last bit of advice - Be confident. An innocently-endowed penis is rarely a deal-breaker in a relationship, especially if you have an interesting personality. You have a small dick. Own that shit. It'll be a far more disruptive issue if you expect it to be a disruptive issue. Of course, don't go to the opposite extreme and act as if you're toting around a cock that would make a Clydesdale blush.

Help, my cock is too average!


This section feels a little weird because, well, you're average. Having an average penis is sort of like choosing "human" for a race in your favorite MMORPG... you'll be decent at everything, but really don't excel anywhere. Cool, huh?

Confidence is almost always an issue with average dudes, and the same rules apply. The vast majority of women are going to be perfectly happy with your size, so chill out. Obsessing about a perceived inadequacy is decidedly not sexy.

Help, my cock is too big!

If you're part of the 15.8% of males sporting a cock larger than one standard deviation above the mean, congrats! You're envied by the rest of the male population. Being well-endowed can be useful because anecdotally females seem to prefer foreplay that involves larger penises (probably for the same reason the older, bigger G.I. Joe action figures were more fun than the newer, smaller G.I. Joe action figures.) Also, a larger penis is better able to stimulate those sensory receptor cells in the vagina. Due to the nature of the anatomy of tissues connected to the clitoris and the "fullness" sensation, some combinations of the right penis and the right vagina can result in enough clitoral stimulation during vaginal penetration for the woman to possibly reach orgasm.

Unfortunately, far too many generously-hung dudes waste their potential because, well, they have no fucking clue what they're doing. I'll once again blame mainstream porn. For most women, a larger penis feels better, but also has a dramatically increased potential for discomfort and injury. That's usually caused by large guys believing all women love being pounded like they're a mob informant that just snitched on Three-thumbs Larry. The larger the penis, in both length and circumference, the more caution that's required. For the 0.1% of you that measure above 8.13", you need to really heed this advice. Go slow. Use lots of lube. Remain gentle until she explicitly asks you to go harder. Master that simple point and you'll immediately turn your gift from a liability into a benefit.

Of course, a big dick itself is a very minor component of sexual prowess. Far too many larger dudes assume their junk is all that's required to satisfy a woman, which is rarely if ever the case. They're a lot like the popular girls in high school. They believe their attractiveness will carry them through life so they never develop an interesting personality. When they start aging a bit and the looks slip, the result is kind of sad. Same deal with big dicks. Dudes assume their cock is a magical orgasm lightening rod so they never learn to actually give pleasure. They invariably end up being shitty lovers.

The solution is simple - follow the advice I gave the other groups. Learn female anatomy. Learn how and where you can best use your sword. Learn other skills, especially oral skills. The number of well-hung dudes that refuse to go down on a woman makes me sad... it really is one of life's greatest pleasures. Learn to love it. Learn the other skills, too, like massage and how female arousal progresses. Learn to be a better kisser. Learn to listen and react. Learn a wider variety of skills and techniques and learn when to use them appropriately.

Finally, let's talk about attitude. If the smaller dudes' greatest problem is lack of confidence, the well-hung dude's greatest problem is unwarranted arrogance. There's a fairly obvious line between being confident and being douchey, and far too many bigger guys cross that line. Not only is arrogance usually a serious turn-off, but it tends to set up a situation where the well-hung dude believes there's no need to hone their sexual skillset.

As dudes, we really like to fret about the size of our junk. While we come in all sorts of shapes and sizes, the vast majority of us fall within a surprisingly narrow range, which shouldn't be surprising to anyone that's been around a lot of naked guys. Most of us worry we're inadequate for no reason. The closer we are to average, the more compatible we'll be with more women (some dudes will be too small or too big for some women, and that problem is exasperated the farther you deviate from the mean.) Still, smaller guys can be perfectly good lovers if they remain confident and develop great skills. Larger guys can also be better lovers by learning to be gentle until asked otherwise, understand they're probably not going to induce orgasms via intercourse alone, and don't let their ego go unchecked.

What do you think? I'd love to get feedback from both men and women. Share any hints or tips you might have for guys of different sizes. Feel free to tell stories. Let's have fun with this!

Posted by Alex Hamilton at 8:07 AM