The Correlation Between BMI and Sexual Inhibitions: Are Heavier Girls Better in Bed? 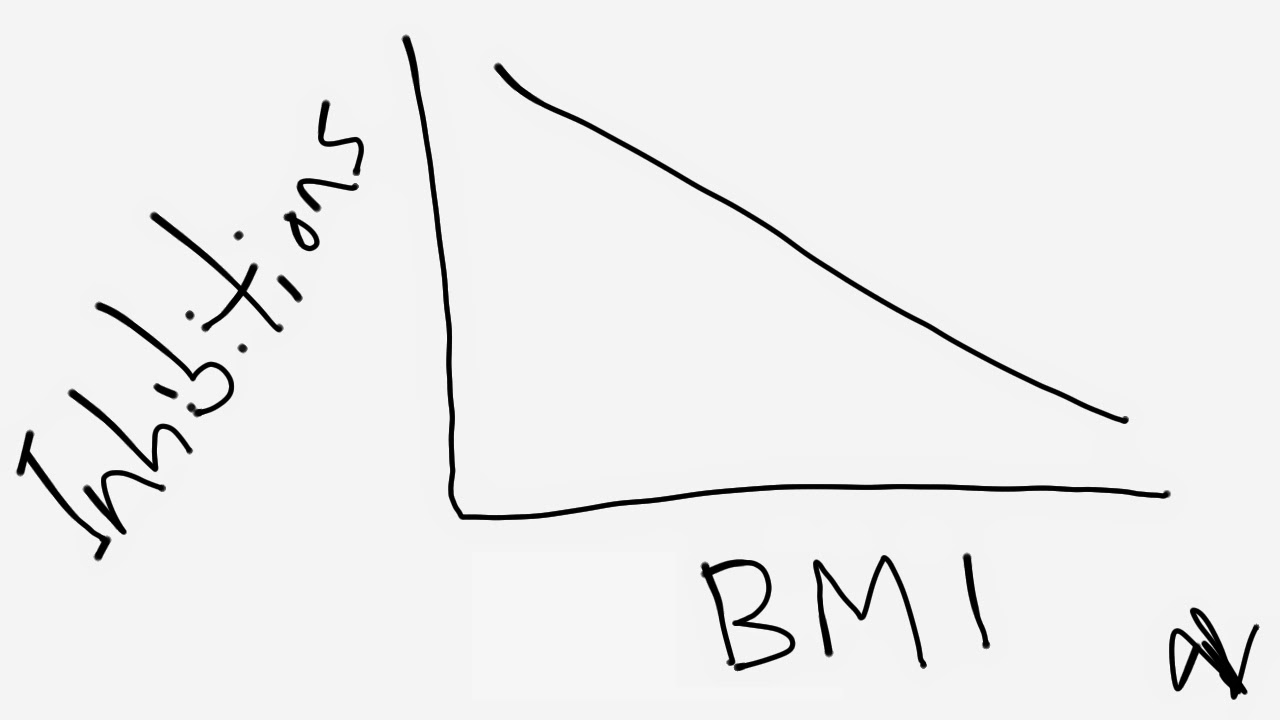 The hypothesis: Sexual inhibitions decrease as a function of increased body mass index. In other words, skinny women aren't as crazy in the sack as women with a few more curves. Now the back story:

My academic background is based heavily on experimental social psychology. As such, I tend to observe and explain the actions of myself and others using an experimental framework. I watch people, develop a hypothesis about why they're doing what they're doing, then look for refuting evidence. That's pretty much how I operate all the time. Sounds dorky, right?

Anyway, years ago during college I made an observation based on my personal experiences and the experiences of close friends. Really skinny women seemed to have a lot more hangups involving sex than heavier women. It wasn't a politically-correct observation so I kept it under wraps. I basically didn't want to believe it was true because it seemed ridiculous that a woman's body image may influence sexuality.

Shortly after making the observation, I conducted my lone sort-of published study. Myself and a few other undergrads were testing a completely different phenomenon which included several surveys. One measured the subject's perceived sexual openness. One of the demographics we collected was BMI. After the study was done, I was playing around with the data and recalled my previous hypothesis. I checked the correlation between the two variables and, what do you know, there was a statistically-significant correlation. At least in my n=300 experiment, the women with higher BMI reported being more sexually open (they were more accepting of more sexual practices.) Worth noting - I know BMI is a problematic as a tool because it does not consider body composition, but, based on my data, body composition doesn't matter. Women that have a higher BMI because of muscle seem just as uninhibited as women that have a higher BMI because of body fat.

Still, this wasn't the purpose of the experiment, our sample was not random, and we didn't control for any variables that may influence that specific correlation. In other words, there's no way I could generalize the results to the wider population.

Fast forward about fifteen years. I've been sitting on that hypothesis for a long time. I've slowly been adding to the data set based on experience and observation. As much as I want to dismiss the hypothesis as complete BS, there have been very few exceptions. I even feel uneasy writing a blog post about the topic. I wouldn't have if it weren't for a recent conversation with a friend. He picked up on and called out one of my strongest biases I try to hide as much as possible - I rarely if ever find really skinny women attractive. It wasn't so much that he called me out; he got me to admit the root cause of the bias... curvy women seemed to be a lot more fun when it came to sex.

Even though the friend had a thing for supermodel-esque ladies, he agreed with the hypothesis based on his experiences (he's a "form over function" sort of guy.) His agreement piqued my curiosity and sent me past the threshold of resisting writing about the topic. This is a rare time where I hope my observations turn out to be bias, thus wrong... though I'm not precisely sure why. Perhaps it's the taboo nature of discussing women's BMI. Or maybe I'm just afraid of pissing off my kinky skinny female friends (yes, I have you ladies in mind when I say I know there are exceptions to the trend... but there are always statistical outliers.) Here's a chart: 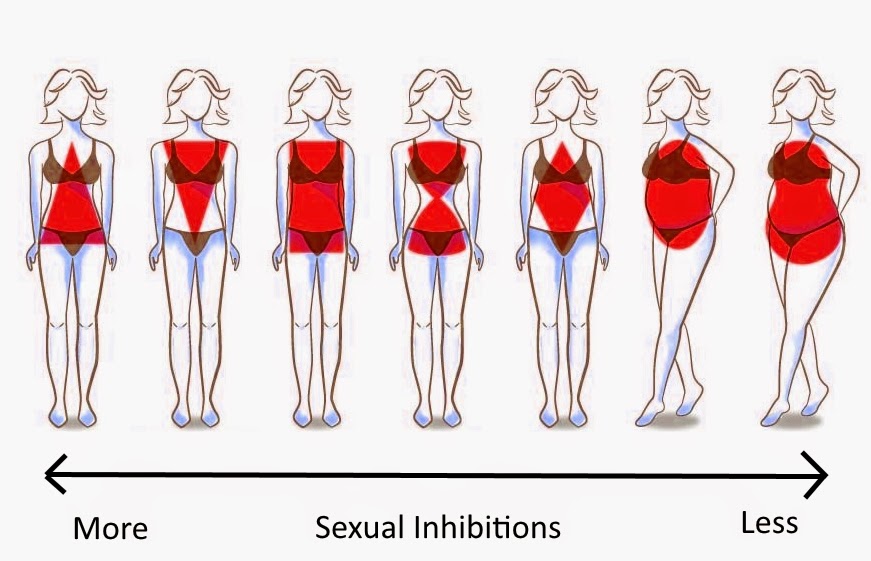 So... the question I have for the audience - what do you think? Specifically...

1. Based on your experiences, is the hypothesis correct? Are curvier women less inhibited (hence more fun) when it comes to sex?
2. If this is true, is there a point of diminishing returns? In other words, is there a point where a higher BMI results in more inhibitions?
2. If this is true, why? I have a lot of guesses, but I'll wait and share in a future post.
3. What about dudes? As a straight male, I don't have the personal experiences to comment, though the males in my college experiment did not show this correlation.

Leave your answers in the comments section!

Posted by Alex Hamilton at 8:26 AM