The "Dadbod" is Bullshit 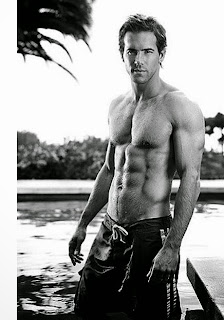 There's been quite a bit of talk as of late about a phenomenon known as the "dadbod", which is code for "fat." Supposedly, women now prefer this body type over a fitter, healthier body type. Toss out Ryan Reynolds, hello Pillsbury Dough Boy!

Not surprisingly, every male over the age of fifteen is rejoicing. Staying fit is tough, and that degree of difficulty seems to increase exponentially as a function of age. If Fat Bastard really were the universal feminine ideal, all of us dudes could confidently plant our asses on our couches and fire up the 'ole Xbox.

But wait - should we really trust this sentiment?

The original article shedding light on "dadbods" came from a college girl. ONE college girl. And, supposedly, her roommate. While I'm sure she's a bright girl, I tend not to trust life advice coming from someone with so little life experience. Help with a Pythagorean theorem? Sure. Advice on what women want? No fucking way.

When I posted the issue to social media, the response was predictable. Every man that didn't work hard to remain fit jumped on board in support of the idea. Men that did work hard to remain fit just laughed at the other men's naive response. Women we far more skeptical... unless they had a partner with a dadbod -or- seemed to have insecurity and jealousy issues. This helped conform what I suspected all along - this is the exact same fallacy as "women love nice guys" or "just be yourself and your soul mate will come along eventually."

And we know both of those ideas are complete horse shit. Women don't want nice guys. Women want a bad boy they can tame. And "just be yourself" is just a thinly-veiled attempt to get guys to stop trying to appear better than they really are in hopes of landing a better partner. It's the equivalent of a men telling women to stop wearing makeup, hair extensions, pushup bras, Spanx, and yoga pants.

I've been spending a lot of time lately counseling dudes that bought into these two ideas, and they follow a very predictable pattern. They internalize these ideas sometime around puberty, then go through years of rejection and friend-zoning. Eventually, usually around their mid-to-late twenties, they land a girl who seemingly appreciates their willingness to sacrifice anything and everything for the love of a woman. They get married, have kids, and quickly settle into a life of complete, desperate dread. And now, with the popularizing of the belief that women love the dadbod, they can now rationalize completely letting themselves go.

So if women don't universally find "dadbods" attractive, what's actually going on? There could be a few things going on here:


So What's the Harm?

There's no harm in having a dadbod, so long as dudes fully understand the true cost. The health angle is obvious, but other costs might not be so clear. Here are a few of the potential hidden costs:

The dadbod phenomenon itself is not a bad thing. The expectation men may develop, especially regarding the universal appeal of love handles and a beer gut, is the root of the problem. Also, it would probably be prudent to question why exactly a woman may prefer the dadbod. If it's due to her own insecurity, that could be a huge red flag. If she's just low on options, it may work out okay as long as she doesn't do anything to increase her sexual market value. If she's just a hedonist, I say wave her around third. Enjoy that shit.

What do you think? Is this a good or bad phenomenon? Are women being disingenuous? Leave your thoughts in the comments!