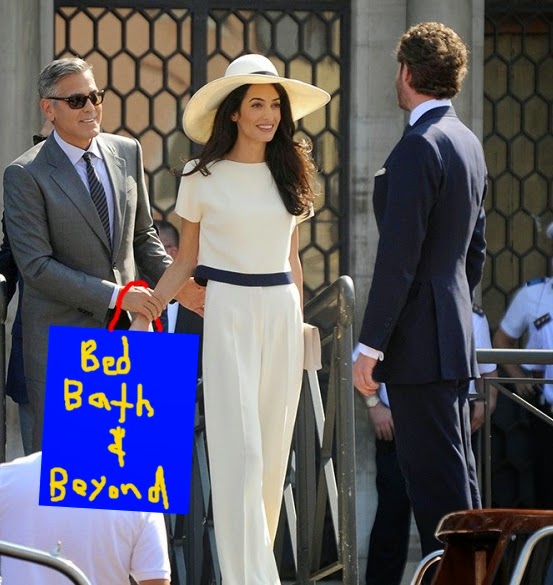 Pretty much anyone with two eyes and a brain was witnessed female "taming" behaviors. You know, they start dating a bad boy and they do bad boy stuff like motorcycle rides along the coast and partying until 4am in Vegas. after a few months slowly start "domesticating him" with dates to a park for a nice picnic and trips to Bed, Bath, and Beyond or IKEA.

This narrative is so ingrained in our psyche it's a common plot of romantic comedies, TV shows, and romance novels. Taylor Swift hit the nail on the head:

"I think every girl's dream is to find a bad boy at the right time, when he wants to not be bad anymore."

So What's Going On Here?

I've touched on this topic here and there throughout the series, so those who have read all of the posts can probably deduce the answer - women are physiologically-aroused by alpha males, which makes them "high value." The problem? Alpha males tend not to make great long-term relationship mates and co-parents. Because of the dual nature of hypergamy, women must either find an alpha that already has the beta "commitment" capacity (which is exceedingly rare thus requires a high-value women to land), choose a low-value beta that's a good provider but doesn't make her vagina tingly, or find an alpha that doesn't have the commitment chops and teach him how to be a good beta.

Before the 1970's, most men fit this "alpha that has to learn to be domesticated" demographic. It's an oversimplification, but men acted like men. This has been changing. A lot.

For a few decades, men have been taught that women really want a man that's "in touch with his feminine side." Men have interpreted this in a way that has caused us to vilify characteristics like assertiveness, confidence, independence, narcissism, and competitiveness in favor of passivity, deferring to females, consensus-building, and indecisiveness. Modern males are excessively worried about offending people, especially the fragile, delicate women in our lives. Modern men act more like women than men.

And this is a complete and total turn-off to women.

Before, because there was no shortage of alphas to convert, this was more or less standard operating procedure for women. Only the lowest value women would get stuck with the natural beta. Furthermore, since the alpha mindset was the male default, relationships became protracted struggles where the dude was exerting is alphaness while his wife was trying to tame his alphaness. While it seems like this conflict would be a bad thing, but it's not. It's this tension, this push and pull, that creates a natural flow between passion and intimacy. This is why the "taming" narrative is so popular - it resulted in great relationships. That's why grandma and grandpa were seemingly so happy for fifty years. Their naturally-occurring gender roles complimented each other.

Today, many of the natural alphas have been socialized to believe women don't love alphas; women actually love betas. That's only partially right. Women love what betas can provide (one half of their hypergamy drive), but just aren't that turned on by them (the other half that craves the excitement of alphas.) In today's sexual marketplace, alphas are truly unicorns and there's a ridiculously huge surplus of beta males.

So how does this play out?

Kristen Bell gave an interesting quote that more or less sums this up. She said "All girls hit that phase where they like the bad boy. I grew out of that really young and I have a wonderful guy in my life who's not a bad boy at all. I like the satiric, consistent nice guy."

She perfectly summed up the modern female's sexual strategy that has evolved along with the changing landscape of available men. Women today delay marriage and opt for college and starting a career. During this time, they do not commit to one man. Instead, they play the field. Date around a bit. Maybe have a few one-night stands with alphas. At some point, women begin feeling the pressure of age and the cliched "biological clock." That leads women, usually in their late twenties, to begin searching for Mr. Right. Unfortunately, they find a market where all the natural alphas that are good at relationships have already been taken by high value females that were more... "romantically-focused." Worse, that second tier of alphas that suck at relationships that women would normally attempt to "tame"in the past, because there are so few today, have also been taken. What's left is a sea of betas. The woman will likely select and woo the best beta she can find without letting too much time pass, they get married, and they start a family.

Not quite. Because she's not especially aroused by the beta AND there's no natural push and pull in the relationship that would normally be caused by his wildness and her attempts to tame the wildness, shit gets boring quickly. The couple probably had pretty hot and fairly frequent sex during the honeymoon phase (though the intensity probably pales compared to her experiences with the more arousing alphas in her younger years), but the weight of kids, career, and other domestic responsibilities quickly kills any passion. Because the dude identifies more with the feminine, he cannot be a source of her arousal. Both people now have no good reason to keep seducing each other, so they let themselves go. We essentially end up with a slew of relationships that turn into pairs of  overweight sexless lesbians.

That situation almost always leads to really, really bad places. The couple falls into a pattern where sex is infrequent. When it occurs, it sucks. Men usually spend most of their waking lives trying to figure out how to resurrect the kinkier, sexier woman they married; women desperately want to feel that desire they maybe once felt. The dude gets resentful, the woman feels hurt. Communication sags and the couple enters a period of quiet desperation that doesn't end until one partner dies (probably to the relief of both), one or both partners seek out new blood, or they decide to just divorce. In most cases, neither person can really put their fingers on what exactly went wrong.

Logical question, right? This is where we defer to another lesson we learned earlier - if a woman has to explicitly ask for anything, it becomes worthless to her. A WOMAN CANNOT TEACH HER MAN HOW TO BE A MAN. Reread that. Now reread that again. That's the reason women give shit tests even after they've "landed" a man. They're continually testing his abilities as an alpha male. Could we somehow evolve as a species to the point where women could teach men to be alphas? I honestly don't know. Based on my current observations, I'm extremely pessimistic.

The only logical solution to remedy this problem is to call on guys to make a change. Learn to be an alpha again. It's not nearly as difficult as most assume. Hell, if you're read the rest of the posts in this series and you have at least some awareness of human behavior, you can probably invent your own effective interventions to fix the problem. Interestingly, this is exactly what a few guys in my San Diego Man Camp have done. Predictably, they LOVE the results. It shouldn't come as a surprise, but their WIVES also love the results.

So there's the solution. Women have spent millenia perfecting the art of taming the alpha. When that was our primary relationship model, shit went smoothly. Since we've changed that model radically, we need a new model. Unfortunately for us dudes, we cannot rely on women to be that instrument of change. Fixing betas, even though it would be in their best interest, defies their system that have in place to test a possible mate's "alphaness." This is a job for men.

Let's get to work, lads.

Posted by Alex Hamilton at 8:33 AM