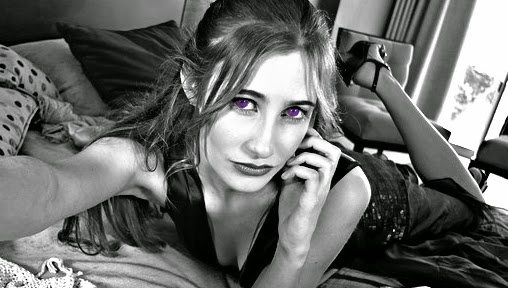 In the last four posts, I've discussed various aspects of women, but the discussions did not have a ton of immediate, practical value. This post will change that.
Over the years, the most common relationship questions I receive revolve around sex. Specifically, both men and women have asked various forms of the same question:

"Hey Jason, how can we have better sex?"

For years, I approached the question like most dudes approach any question involving a physical skill: BUILD A BETTER SKILL SET!

Seems logical, right? Mind-blowing sex is surely just a matter of setting the mood. Start with a romantic dinner, a movie or dancing, get home, light some candles, prepare a bubble bath... then just wait for the sparks to fly!

Only it never quite worked out as planned. The sex would be decent. All the parts were moving in the right places. Orgasms had by all. Yet it wasn't that "we're so into this moment we lose awareness that other people are watching TV in the next room" sex. It wasn't like it was when we first started dating... back when freaky kinky animal sex was the norm.

So what happened? Cosmo said the key to hot sex is just a matter of plucking the right strings. The male brain kicks in and starts assessing the variables. Maybe I need to buy flowers next time. Or we ate the wrong kind of food. Sushi is an aphrodisiac, right? No... it was probably the bath water. It wasn't hot enough. Or maybe too hot. Fuck, I'd better make a spreadsheet...

Does that sound familiar? Most dudes I know in long-term relationships were probably smiling and nodding in agreement at that last paragraph. The problem: I was ignoring all those people that say "sex is 90% mental and 10% physical." I had been working off the premise that the key to turning women on was primarily a physical act, and the mental aspect of arousal could be learned by either asking women what turns them on or reading articles written by women explaining how to turn them on. I was basically learning new tools for the toolbox, then constantly testing those tools under various conditions to deduce which tools were right for which conditions. It was all very scientific.

All the tinkers rarely produced the hot sex I craved, but sometimes it did. In psychology, we call this "intermittent reinforcement." When we're only rewarded some of the time, it's MUCH harder to stop the behavior. Think slot machines. The same principle applies.

I finally "woke up" when researching No Bone Zone. Ester Perel's idea that passion and intimacy are mutually-exclusive was a big part of the puzzle. All this time, I had been trying to build passion by building intimacy, which is exactly what Cosmo had been telling me to do. Hell, that's why we have such a robust "romantic gesture" market here in the United States... to help dudes in relationships get laid!

The other "wake up" moment came when I was having a conversation with Jeff, the husband of Nicole, my guest writer that's writing the "Confessions of a Female Swinger" posts. Jeff was musing over their first swinging experience and how weird it was seeing his wife with another man. He said the hardest part wasn't feeling jealousy (worried the dude is going to steal his wife), he was feeling envy (wanting what he was getting.) Why? In his words:

"I hadn't seen her go to town on a cock like that since our third date. She wasn't just blowing him, it was like she was trying to impale her face with his dick."

In conversations afterward, he inadvertently figured out what may be the greatest mystery surrounding women. What's the combination to the lock that's keeping her freaky inner-slut under control? He chuckled and said "It ain't flowers and a card from Hallmark."

Jeff went on to give a really convoluted explanation that's too long to type, but can be distilled down to one idea:

All women possess the capacity for an uninhibited, unrestrained sexual response that can and will come out in one and only one situation - she's advertising. Passion is a sales pitch.

After I had an "Advertising? What the fuck does that mean?!?" response, Jeff went on to explain that the white-hot female passion was a woman's tool to win or keep a man. Most importantly, it's a mostly unconscious response. It is basically a "This is what you're going to get with me" demonstration, and it's competitive in nature.

I was still a little confused by his explanation, but I understood the application. This is why post-fight make-up sex is so hot... the fight created distance, that induces a sliver of fear of loss in her, she's selling herself to you. It's the same reason spending time apart results in hotter sex... the separation creates the sliver of fear of loss, so she responds with the sales pitch. Eventually I nailed down a few of the specific rules that govern female desire.

There are four major rules that need to be understood if you're going to learn to stoke female sexual desire at-will. They are...
That's it. These four rules govern female desire. Learn these four rules, then learn to apply the concepts. I guarantee you'll appreciate the results.

Posted by Alex Hamilton at 7:51 AM