Women, Explained: Part Ten - Why Do Women Give So Many Mixed Signals? 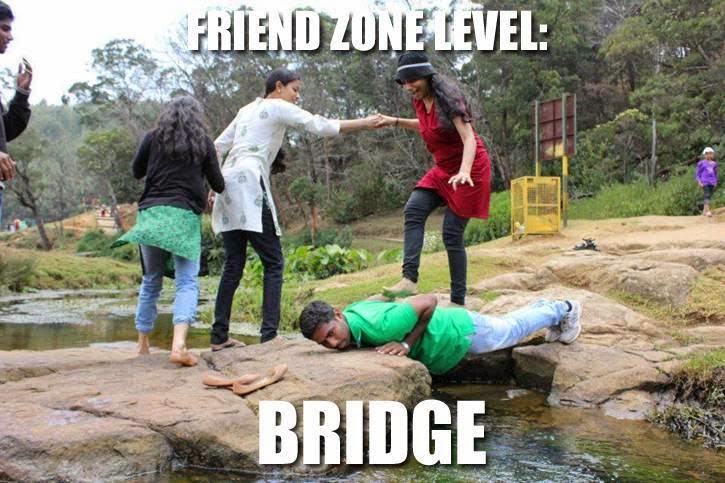 If you've been reading the entire series, this question probably doesn't require an answer. Yet it still pops up. A lot. Guys really have a hard time understanding why women seem to give so many mixed signals. Are they interested in me? Are they not interested in me? Why do they seem so hot and cold? Why do they say they want one thing (usually nice guys), but always go for the exact opposite (bad boys)? AND WHY DO THEY KEEP FRIEND-ZONING ME?!?

Here's the unfortunate truth guys don't want to hear. If a woman is giving you mixed signals, she's not into you. In other words, you are not the highest value male in her sights. If she's expressing some interest, you're being kept around to boost her ego, make other dudes jealous (and increase her own value), provide her with gifts or entertainment, or you're a not-very-desirable backup if all her better options fall flat.

Jason's Harsh Truth: If a woman is into you, YOU WILL KNOW IT!

There is no ambiguity. There are no mixed signals. She will make her intentions blatantly obvious. When a woman is giving mixed signals, you're into her more than she's into you, and that's a really bad way to start a relationship.

"Hey Jason, I met this stripper that was like really into me. I've never had a woman that treated me like that... I think I may be in love."

"Did she charge you?"

"Well yeah, but she said I was the hottest guy she's met in months. She even invited me back for her next shift tomorrow night."

Good exotic dancers and prostitutes understand how to make themselves appealing to men, and it's a surprisingly simple behavior - they pretend to defer to men's alpha-ness. It's difficult to explain the behavior, but readily apparent when you see it. I'd describe it as a combination of wide-eyed admiration and adopting submissive body language.

And dudes fall for it every time. The reason makes sense if you recall the discussion on different "love" styles men and women use. Men desperately want to feel appreciated, and that "deferring to the alpha" behavior the good strippers and prostitutes use gives them exactly that. Their behaviors are unmistakable. There are no mixed signals. The same holds true for women that aren't getting paid for the attention.

Sidebar - ladies, if you really want to please your man (assuming he's been reading all these posts and made the decision to become more alpha), reward him with this "defer to your man's alpha" behavior used by the dancers. Every man in the history of forever LOVES this. Like seriously. This is like crack cocaine to us.

A lot of guys ask me if it's better to be friends with a woman before dating, or if it's better to go with the "love at first sight" approach. While both can result in successful, fulfilling relationships, it can be useful to understand that "friends first" means you are not her first choice. You're good enough to meet her minimum criteria, but she's certain enough she can attract a better male she's willing to gamble losing you. She drops just enough teasers to keep you on the line, but she's going to leave you flopping in the surf as long as she possibly can. Is this a good foundation for a relationship? I don't think so, but c'est la vie.

The Phenomenon of the Friend-zoned Husband

I've had a few male readers that play a "beta" role in their long-term relationship, which results in the predictable pattern of "hot sex at the beginning of the relationship, cools off after the first year or two, becomes mechanical and boring, eventually dries up to only a few times per year" sexual relationship with their wives. They've commented that their current marriage dynamics are remarkably similar to their dating experiences when they were friend-zoned. Basically the only affection they received from their wives came when they felt so pushed away they considered leaving or having an affair. They were miserable but their wives were tossing them just enough scraps to keep them on the hook. Their wives were selling them hope that things would get better.

But it never does.

Unless the husband makes a change.

This is an important point that often gets lost in these situations - women, because they cannot consciously will themselves to feel sexual desire, do not have the tools to fix this situation easily. The men, on the other hand, DO have the tools to improve the situation. And the tools are pretty easy to use. All the man has to do is become her alpha.

When I give this advice, beta men seem to bristle. The idea of them asserting themselves and making decisions is usually terrifying because they make a logical assumption:

Me being assertive -> her getting angry -> me being cut off from the little bit in infrequent, mediocre sex I'm currently receiving.

The problem they fail to see is that their deferring to their wife or girlfriend is the reason they're getting infrequent, mediocre sex.

Men, almost universally, have a difficult time interpreting female behavior. As men, we believe women give mixed signals. They don't. Women give very clear signals... we just don't like to admit that "mixed signals" means we're definitely NOT the highest value male on their radar. "Mixed signals" is, in reality, a manifestation of our unrealistic expectations. The solution is to skip the girls that aren't obviously into you. If you're not their highest priority, stop wasting time making them your highest priority.

Posted by Alex Hamilton at 1:24 PM